When my good friend, Jon Setzen, asked me to speak at the Los Angeles chapter of Creative Mornings, I was simultaneously terrified and excited. We were having coffee at a local hipster establishment when he asked if I wanted to do it, and of course I said “Sure, sounds great.” I adore Jon, and I would do just about anything he asked me to do. He pulled out his iPhone and said, “How about July? The theme for July is collaboration, and I can’t think of anyone else more equipped to nail that topic. You’ll kill it.” At the time, July was more than four months away, and it felt like I had all the time in the world to contemplate and prepare my talk. Game on. 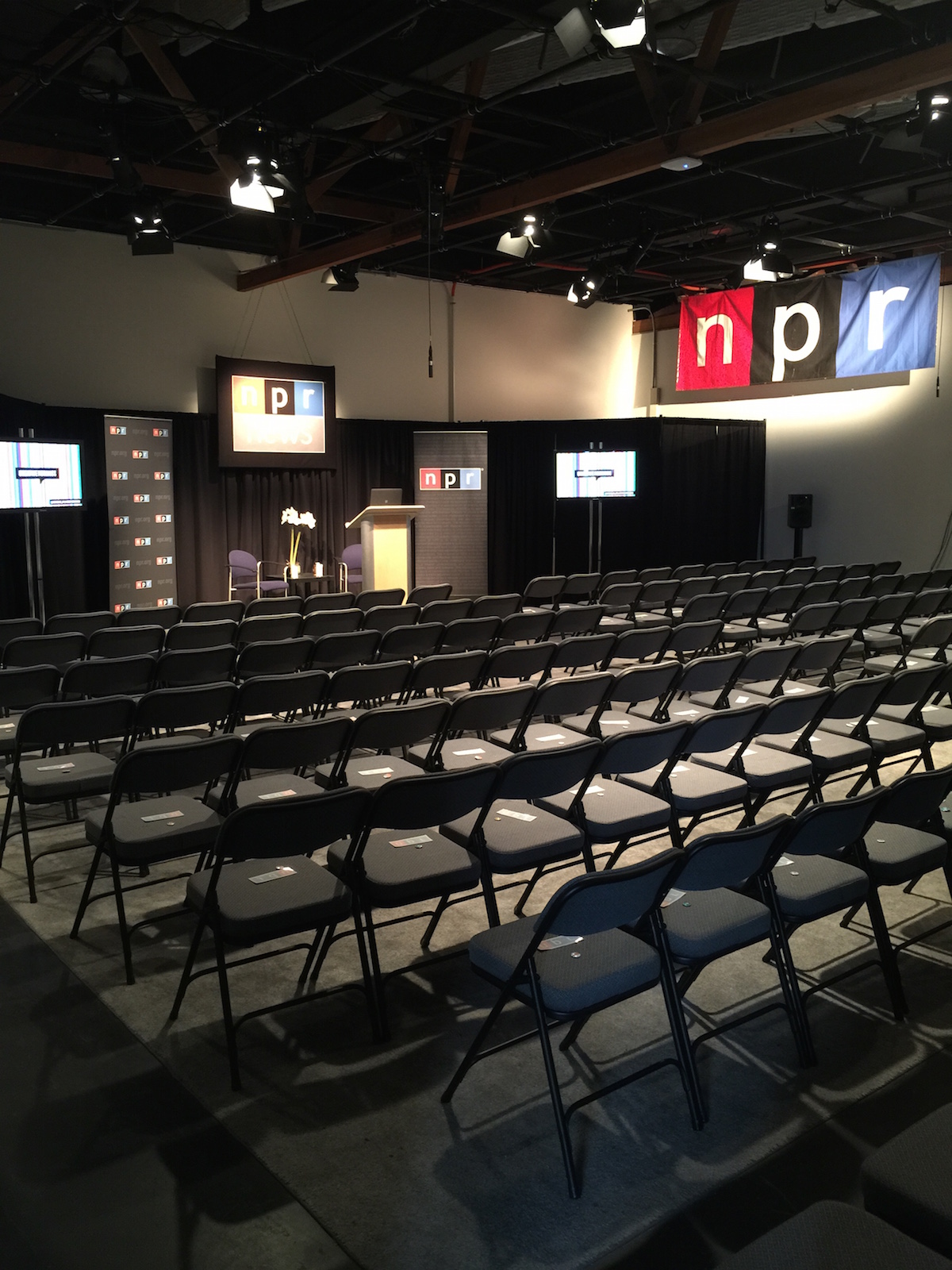 Before we’d reached the bottom of our caffeinated drinks (a cortado and a cappuccino), Jon said he would see if the event could be hosted at NPR’s West Coast offices in Culver City. He said they’d hosted before and that their event room was incredible. As a huge NPR fan, that sounded amazing (and slightly intimidating).

While the days and months blurred past, the theme of collaboration was always in my subconscious. I would read an article or experience a moment and think, “Oh, that’s a good point to remember for my talk.” I’d read that Steve Jobs practiced his keynote presentations 200 times and while that seemed excessive, it also sounded like a really good idea. If it worked for Steve, then surely it couldn’t hurt. I had visions of a Steve Jobs-like or TED-talk-like delivery!

Then, before I knew it, as my life and my early-stage tech startup got in the way, it was late June. I had started a Keynote document, had been keeping notes, and had been rehearsing different points in my head, but I’d never run through the entire presentation. All of the sudden, I would be in yoga class thinking about my talk. I would practice on my bike or driving my car. It was consuming my waking moments.

Registration opened, and Jon texted me that the 150 seats were gone in two minutes flat. Within hours, the wait list had grown to over 350 people. I met up with Jon a few days before the event and he said, “No pressure, but you better bring your A game.” At that moment, I had practiced the talk only once, but my slides were almost done (minus a few last-minute tweaks). I started practicing in my head at all hours. I was losing sleep to thoughts of collaboration. The day before I even Googled “public speaking tips” to see if I could glean any last-minute advice that would miraculously relieve my fear. (Drink lots of water.)

Truth is, I’ve given talks plenty of times. As my career has advanced, I’ve gotten somewhat comfortable talking in front of large groups. I’m used to standing in front of hundreds of colleagues or conference attendees, but it’s never a cakewalk and it’s always a thrill. I’ve learned that, as with most anything, I feel better when I’m prepared, even if I only have two minutes before the talk to scribble down some rough bullet points.

The day before the event I did several run-throughs of my talk, and my confidence was building. I thought my slides felt and looked great, and I liked that I had a good mixture of personal and professional stories related to collaboration. The only thing left to do at this point was treat myself to a mani/pedi and get a good night of sleep!

Unfortunately, a good night of sleep didn’t happen but I still woke up energized (probably from pure adrenaline). As I was driving to the event, I was feeling both confident and nauseous. I limited my caffeine that morning to half a cup. I said some positive affirmations out loud several times on the drive over, things like “You’ve got this, Hicks!” I practiced my Pranayama yoga breathing, taking long inhales and long exhales. And I drank lots of water.

When I stood at the podium at NPR after Jon’s introduction, I could barely hear myself over my heartbeat, and I had almost no saliva in my mouth. In spite of my nerves, the crowd seemed engaged, and after a few minutes I found my groove and actually started to have fun. I focused on the people who were taking photos of my slides, nodding their heads, laughing at my jokes, and taking notes. When I wrapped up, I felt amazing. Not only did I feel like I’d conquered my fear of public speaking (again), but I felt like I had possibly taught the audience something. 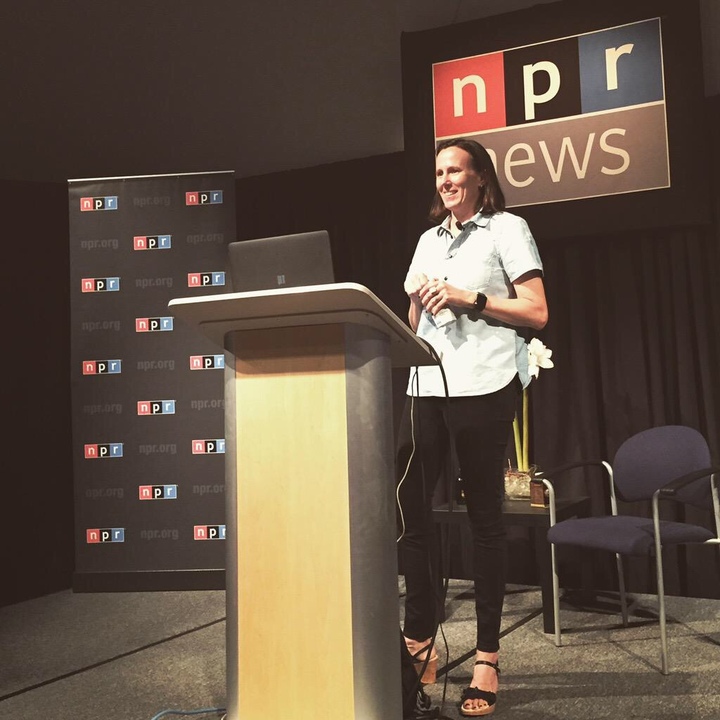 Then it dawned on me what I actually liked about public speaking: It’s teaching and sharing information and experiences. I have a lot of experience with product, design, startups, ecommerce, operations, and business. I’ve been building and designing products for about 20 years. I love creating things with software and bringing teams of people together to build awesome things. Most enjoyably, I love seeing individuals grow, as both a team and as individuals. It’s an honor to get to talk about my work and my career, and how I go about accomplishing things. For me, it’s about learning and growing, and if my experience help others, that’s even better.

By the way, here's a video of my talk on collaboration at Creative Mornings, July 2015. My slides are here:

And, lastly, a photo from the event! 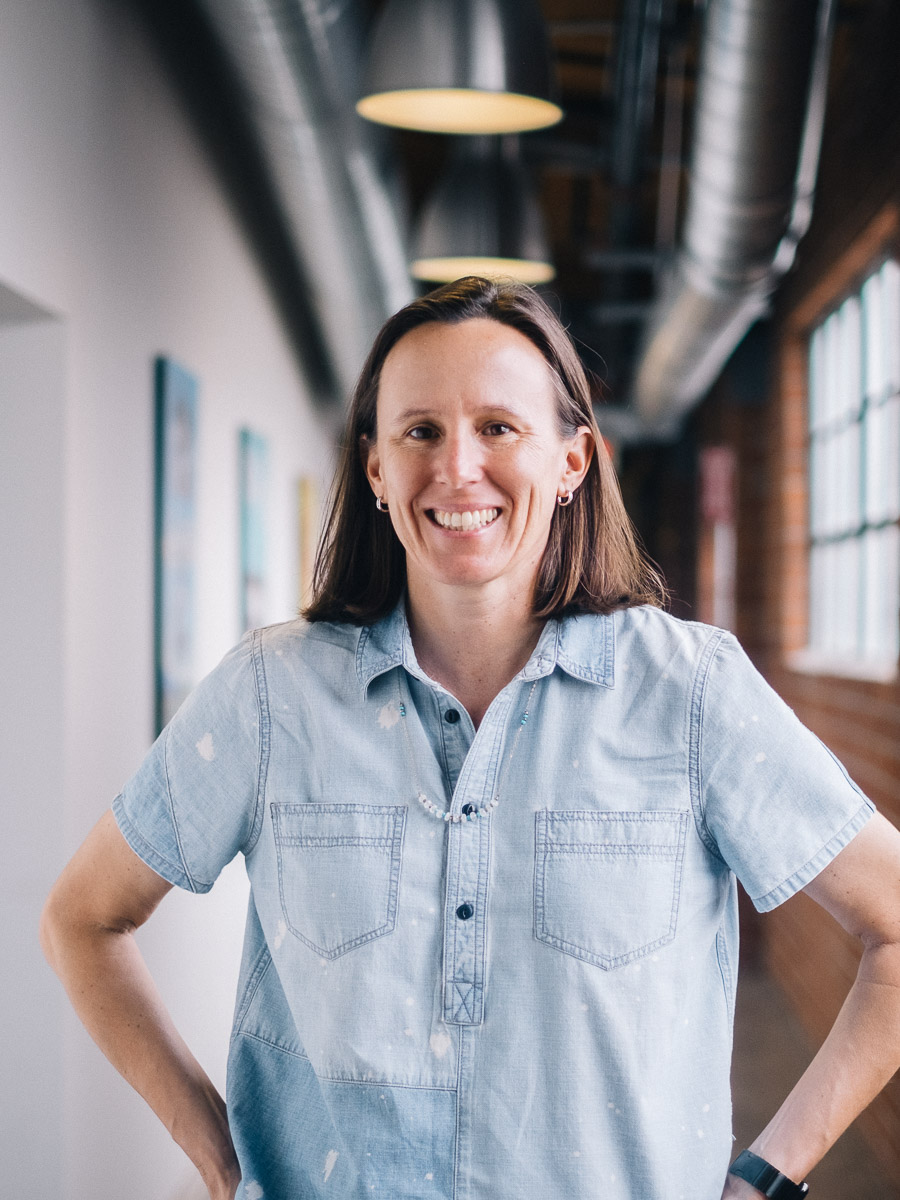